Tackling tobacco-related chronic diseases in Europe: Novel data from the Horizon 2020 TackSHS project reveals the results of exposure to secondhand smoke (SHS) from cigarettes and second-hand aerosols (SHA) from electronic cigarettes on the respiratory health of European population, the burden of associated mortality and morbidity, and economic consequences for national and European welfare. 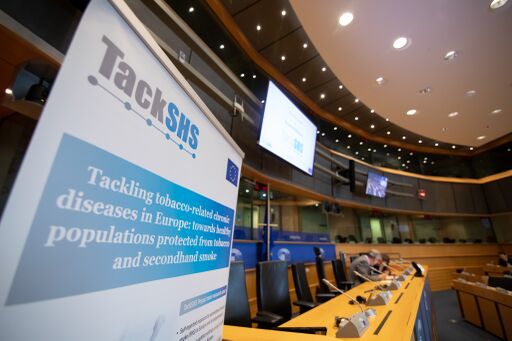 These important findings were presented for discussion to a wide audience of about 100 European stakeholders during the Project Final Conference at the European Parliament on 8 October, kindly hosted by MEP Cristian-Silviu Buşoi and MEP Rosa Esteràs Ferragut.

After a welcoming word of MEP Bușoi, the Conference was launched with the presentations of Mrs. Thea Emmerling (Head of Unit, the Cross-border health care and tobacco control, DG SANTE, European Commission) and Dr. Francisco Lozano (President, European Network for Smoking and Tobacco Prevention) on the state of tobacco control in Europe and related policy priorities. The opening session was followed by a comprehensive project overview delivered by its coordinator, Prof. Esteve Fernández (Director, Tobacco Control Unit at the Catalan Institute of Oncology).

For instance, daily exposure to SHS among non-smokers is still as high as 31% (among 12 EU countries), ranging between 24% in Ireland and 68% in Greece, especially in indoor and outdoor settings of hospitality venues, workplaces, and private homes and cars.

The studies led to a conclusion that the burden attributable to SHS exposure is still substantial in the EU, mainly due to SHS exposure at home. Only in 2017, among children aged 0-14 years, exposure to SHS at home was associated with 344 deaths(1.5% of total deaths in children) and 37,000 disability-adjusted life years (0.75% of total DALYs), whereas in non-smoking adults it was responsible of 30,000 deaths (0.6% of total deaths) and 712,000 DALYs (0.5% of total DALYs).

Moreover, the annual cost of lost DALYs due to exposure to SHS is 356 million (of Purchasing Power Parity Adjusted euro of year 2017) on average in the EU 28 Member States. 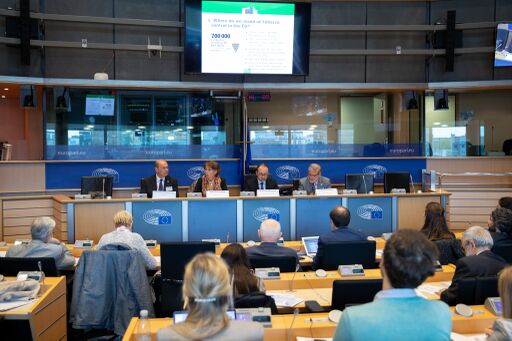 Further on, Prof. Esteve Fernández and Prof. Constantine Vardavas (GACD Lung Diseases Programme Co-Chair) addressed the above-mentioned numbers from the policy prospective. So much loss in precious human lives, including children, preventable health conditions and economic burden could be evaded and, hopefully, will be by committed and coordinated actions of national and European policy-makers.

In the end, the outcomes of TackSHS project aim to serve as a solid base for addressing health inequalities caused by the use of conventional tobacco and electronic cigarettes. TackSHS results provide scientific evidence, much-needed to facilitate urgent policy changes such as closing legislation gaps in regulation of novel and emerging products, while improving and strengthening comprehensive smoking bans in every EU Member State. 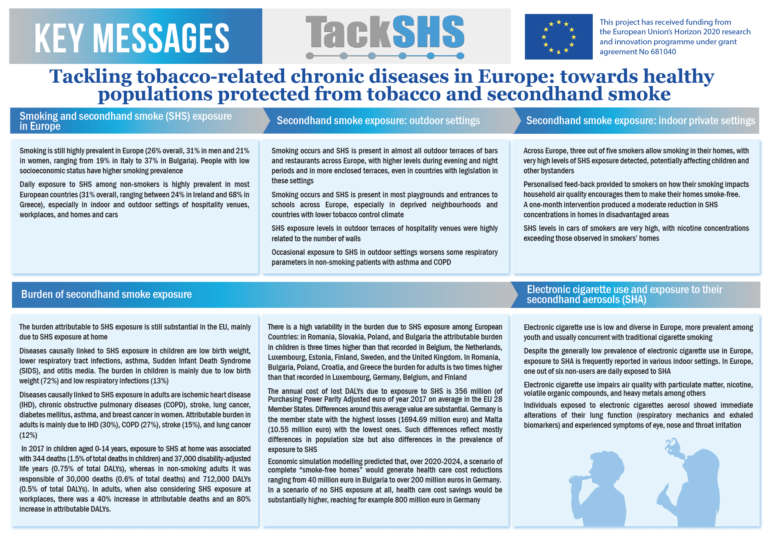 Key messages and recommendations deriving from 4 years of scientific studies under the TackSHS project are now summarised in the Project Leaflet. 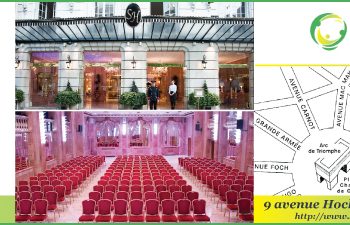 ECTC Conference Organising Committee is pleased to invite authors to submit abstracts for oral and poster presentations and symposia proposals, to be delivered at the 5th European Conference on Tobacco Control. The deadline... 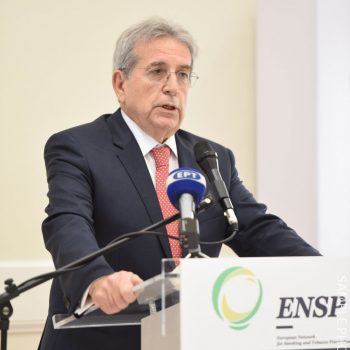 “A new smoking ban law without any exception under immediate enforcement” As of November 19th, 2019, the new Greek Smoking Ban Law is coming into force broadly to all closed...

The European Network for Smoking and Tobacco Prevention invites interested and experienced candidates to apply for the position as External Evaluator to carry out an external evaluation of activities...