On 4 February 2020, the European Commission started its outreach on Europe’s Beating Cancer Plan launching the public consultation along with organising an event “Europe’s Beating Cancer Plan: Let’s Strive for More” held at the European Parliament, Brussels. One year later, the Commission aims to implement concrete actions related to the plan in order to create a powerful impact and achieve its ambitious objectives related to cancer cure and prevention in Europe.

The quest to achieving a tobacco-free Europe

Tobacco consumption continues to be the leading preventable cause of cancer, with 27% of all cancers attributed to tobacco use. By eliminating tobacco use, 90% of lung cancers may be avoided. In its latest released draft of the Europe’s Beating Cancer Plan, the Commission estimates that “through rigorous enforcement of the EU tobacco control framework and its adaptation to new developments and market trends, including stricter rules on novel products, starting in 2021, Europe’s Beating Cancer Plan will help to create a ‘Tobacco Free Generation’ where less than 5% of the population uses tobacco by 2040. As an interim step, the goal is to reach the United Nations Sustainable Development Goals and WHO target of a 30% relative reduction of tobacco use rates by 2025 as compared to 2010. This would correspond to a prevalence of smoking of about 20% in the EU20.”

ENSP has had this same shared goal as the core of its mission for years, striving to create the Network, an ecosystem with coordinated efforts for tobacco control in Europe. Our vision for the future is to eliminate tobacco use and reduce health inequalities that tobacco causes. On this note, Article 3 of the ENSP Statues (from 2011) establishes that “ENSP is an independent, international not-for-profit organization, which aims to put an end to tobacco consumption and to develop a common strategy, amongst organizations active in smoking prevention and tobacco control in Europe, by sharing information and experience and through coordinated activities and projects. The top priority objective is to have the WHO-Framework Convention on Tobacco Control fully implemented and enforced in all countries from the World Health Organization (WHO) European Region in order to reduce the prevalence of tobacco use in Europe to less than 5% by 2040.”

Referring back to the Commission plan, “every year, 2.6 million people are diagnosed with the disease and it kills another 1.2 million people in the European Union”. Cancer concerns us all, it severely affects people, their families, the society and it is a common duty to raise awareness by all means and strive for better treatment, prevention measures and an improvement in the quality of life.

The cancer challenge has become a really urgent and grave issue on the European agenda, with tobacco posing a great threat to citizens’ health and well-being. Emphasising the link between tobacco and cancer, on the occasion of World Cancer Day, ENSP proposes a new ribbon, green and yellow, to raise awareness on all types of cancer caused by tobacco and as a sign of high consideration for all dedicated efforts of tobacco control and wider public health stakeholders, all with the ultimate goal of achieving a healthy tobacco-free generation.

The latest ENSP publication entitled “Ending tobacco epidemic, an essential step for beating cancer” is the first step towards higher awareness on the topic and the forerunner of upcoming efforts and projects that will be developed in 2021.

Therefore, aligned with the EU strategy on health, ENSP commits to actively engage in actions related to cancer care and tobacco, by supporting all involved stakeholders and by launching its own coordinated initiatives in this direction. Moreover, “The Network” newsletter will continuously feature the evidence on the topic for policymakers and regulators, advocates and activists, researchers and health professionals facilitating concentrated and united effort to beat both tobacco epidemic and cancer in Europe. 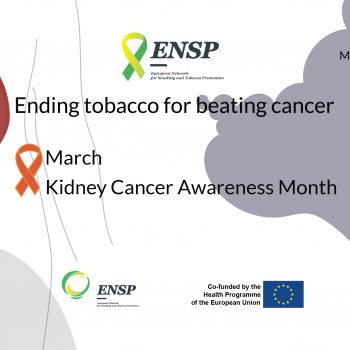 Kidney Cancer Cigarette smoking is a well-established risk factor for renal cell carcinoma (RCC), the predominant kidney cancer type. According to the US Surgeon General and the International Agency for Research... 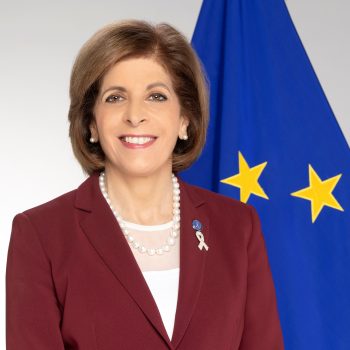 EU Commissioner for Health and Food Safety, Stella Kyriakides, delivers a speech at the ENSP Webinar

On 24th February, at 16:00 CET, ENSP hosted a webinar with key stakeholders in the field to discuss the framework set by Europe’s Beating Cancer Plan, where the European... 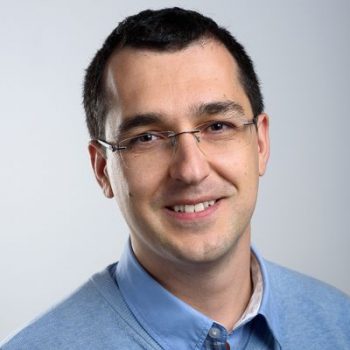 Minister of Health of Romania, Mr. Vlad Voiculescu, delivers a speech at the ENSP Webinar

On 24th February, at 16:00 CET, ENSP hosted a webinar with key stakeholders in the field to discuss the framework set by Europe’s Beating Cancer Plan, where the European...